SSAB has appointed Per Olof Stark as the future head of the Special Steels business (Quenched & Tempered Steels) in the new SSAB which is planned following a combination of SSAB and Rautaruukki.

On January 22, 2014, plans were announced for a combination of SSAB and Rautaruukki by means of SSAB issuing a recommended share exchange offer to Rautaruukki’s shareholders. In connection with the announcement, Melker Jernberg was appointed as head of the planned special steels division in the combined company. In May, it was announced that Melker Jernberg is leaving SSAB to take up the position of CEO and President of Höganäs. SSAB has now appointed Per Olof Stark to succeed Melker Jernberg in the future position as head of the special steels business. Melker Jernberg will remain in his current position as President & Head of Business Area SSAB EMEA until the combination with Ruukki can be completed and the new organization is in place.

Per Olof Stark has worked at SSAB since 1983 and has held many different positions ― including head of business area Europe and the US, as well as head of marketing at SSAB’s former Plate Division. During 2010-2012 he served as president of the wholly owned subsidiary Plannja and, since 2013, has been head of the SSAB Wear Services business unit.

“It’s very pleasing that Per Olof Stark has accepted the role as future head of the planned special steels business in the combined company,” says SSAB’s President & CEO Martin Lindqvist. “He possesses both long experience and broad expertise and I'm convinced that he will make a very positive contribution to SSAB’s operations.”

The transaction is subject to regulatory competition approval in the European Union and in a limited number of other jurisdictions. Detailed information about the share exchange offer is contained in the press release dated January 22, 2014, which is available on SSAB's website. 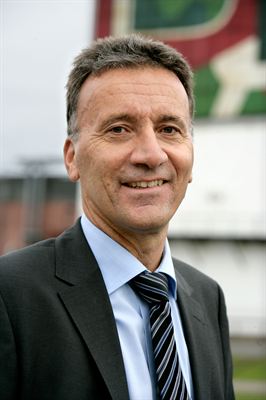